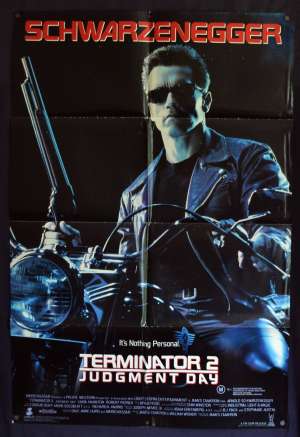 Terminator 2: Judgment Day (also referred to as Terminator 2 or T2) is a 1991 science-fiction action film co-written, produced and directed by James Cameron. The film stars Arnold Schwarzenegger, Linda Hamilton, Robert Patrick and Edward Furlong. It is the sequel to the 1984 film The Terminator, and the second instalment in the Terminator franchise. It received many accolades, including four Academy Awards for Best Sound Editing, Best Sound Mixing, Best Makeup, and Best Visual Effects. The film was the highest-grossing one of 1991 and of Schwarzenegger's career, Terminator 2 has since been ranked by several publications such as the American Film Institute as one of the greatest action films, science fiction films and sequels of all time.