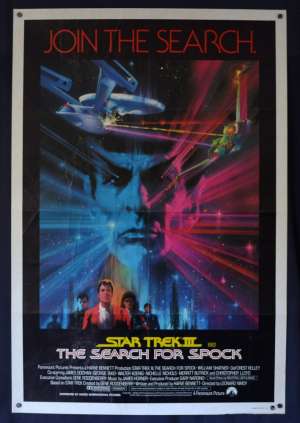 One Sheet Poster art by Bob Peak. The Search for Spock opened June 1, 1984. In its first week of release, the film grossed over $16 million from almost 2,000 theaters across North America. It went on to gross $76 million at the domestic box office, toward a total of $87 million worldwide and reviewers generally praised the cast and characters.