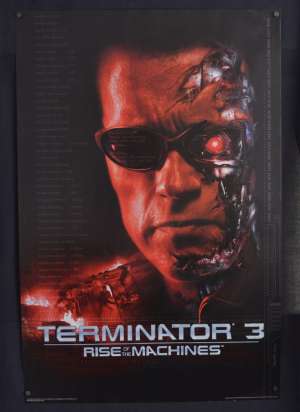 Terminator 3: Rise of the Machines (also known as Terminator 3 or T3) is a 2003 American science-fiction action film directed by Jonathan Mostow and starring Arnold Schwarzenegger, Nick Stahl, Claire Danes, and Kristanna Loken. The film does not involve James Cameron who directed and wrote the first two films. After Skynet fails to kill Sarah Connor before her son John Connor (Stahl) was born, and also failed to kill John as a child, Skynet now sends another Terminator back in time known as the T-X (Loken) in an attempt to wipe out as many human resistance officers as possible, including John's future wife Kate Brewster (Danes), but not John himself, as his whereabouts are unknown to Skynet. John's life is placed in danger when the T-X finds him while pursuing Kate. The Resistance has also sent their own Terminator (Schwarzenegger) back to protect the T-X's targets. Terminator 3: Rise of the Machines grossed over $433.4 million worldwide over its $187.3 million budget.