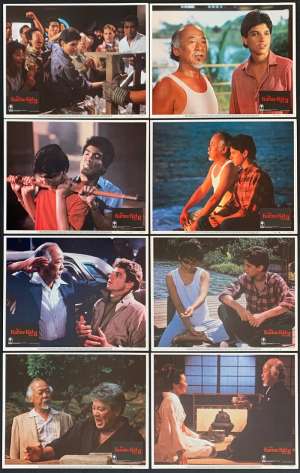 USA Lobby Card set Original.The Karate Kid Part II is a 1986 American martial arts drama film and the first sequel to The Karate Kid (1984). Ralph Macchio and Pat Morita reprise their respective roles as young karate student Daniel LaRusso and his mentor Mr. Miyagi. The story continues of a young man's rites of passage, aided by the knowledge and guidance of his Japanese mentor who teaches him valuable lessons of life through karate and meditation. In this sequel, Daniel and Miyagi travel to Okinawa and encounter more emotionally-charged adventures. Like the original film, the sequel was a success, earning even more at the box office than its predecessor. The opening scene takes place immediately following the finale of the first film to seamlessly tie the two together. It was originally planned as the ending for the first film, although it was not shot until after the second film's production began. Principal photography took place in Oahu, Hawaii, in the north eastern area of the island known as the "windward side". The film's signature tune was Peter Cetera's song "Glory of Love", which was a No. 1 hit in the United States and received an Academy Award nomination for Best Song. The film earned $20,014,510 in its opening week and ended its run earning a total of $115,103,979 domestically. 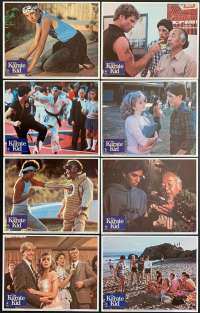 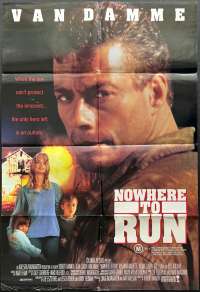 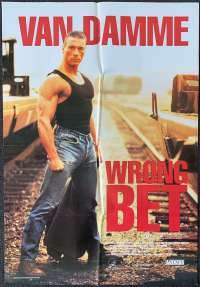