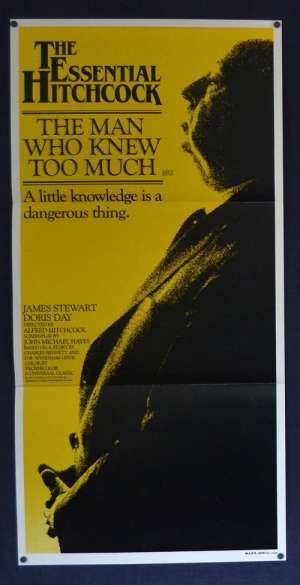 The Man Who Knew Too Much is a 1956 suspense thriller film directed by Alfred Hitchcock, starring James Stewart and Doris Day. The film is a somewhat altered remake in widescreen VistaVision and Technicolor of Hitchcock's 1934 film of the same name. The film won an Academy Award for Best Song for "Whatever Will Be, Will Be (Que Sera, Sera)", sung by Doris Day. It was also entered into the 1956 Cannes Film Festival. The Man Who Knew Too Much is one of five movies that Alfred Hitchcock directed that he ended up owning. Consequently this movie was kept out of re-release until 1983 when it was purchased by Universal Pictures.