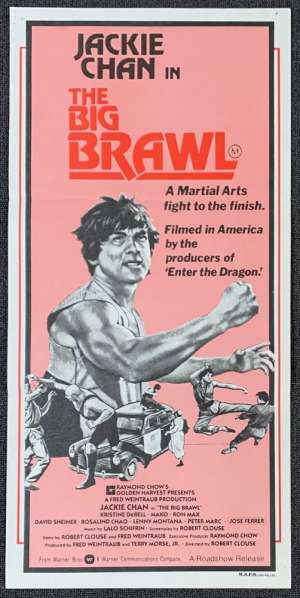 Daybill Poster.The Big Brawl also known as Battle Creek Brawl, is a 1980 martial arts film which marked Jackie Chan's first attempt to break into the American movie market. It was directed by Robert Clouse and featured much of the crew from Enter the Dragon. The film featured an appearance from Lenny Montana, who had famously played Luca Brasi in The Godfather.