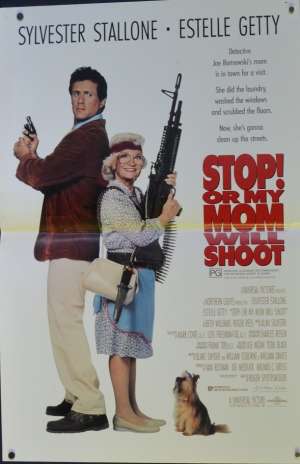 Stop! Or My Mom Will Shoot Mini Daybill Poster Original

Mini Daybill Poster.Stop! Or My Mom Will Shoot is a 1992 American buddy cop comedy film directed by Roger Spottiswoode. The film stars Sylvester Stallone and Estelle Getty. The film was released in the United States on February 21, 1992. The film was somewhat successful at the box office. The film brought in only $28.4 million domestically but did a little better overseas with over $42.2 million internationally to a total of $70.6 million worldwide.