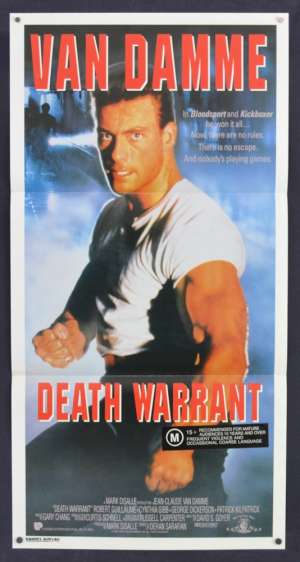 Daybill Poster.Death Warrant is a 1990 American action crime mystery-thriller film directed by Deran Sarafian and produced by Mark DiSalle. The film was written by David S. Goyer while a student at USC, and was Goyer's first screenplay to be sold and produced commercially. Released on September 14, 1990. Upon its release, the film grossed $46 million against a production budget of only $6 million. Critics praised the acting as well as the action scenes and the thrilling atmosphere.