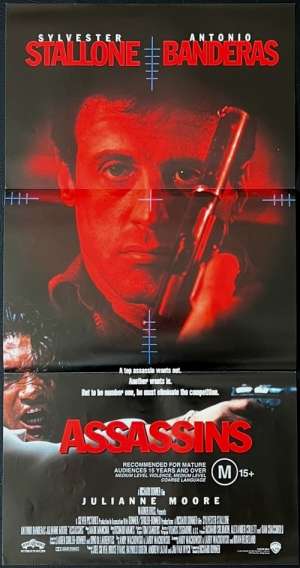 Daybill Poster.Assassins is a 1995 American action thriller film directed by Richard Donner. The screenplay was by Lana and Lilly Wachowski and Brian Helgeland. The film stars Sylvester Stallone and Antonio Banderas and co-stars Julianne Moore. The film was shot in Seattle, Washington and Portland, Oregon. Assassins debuted at No. 2 at the box office. The film grossed $30.3 million in the US and another $53 million worldwide, for a total of $83.3 million.