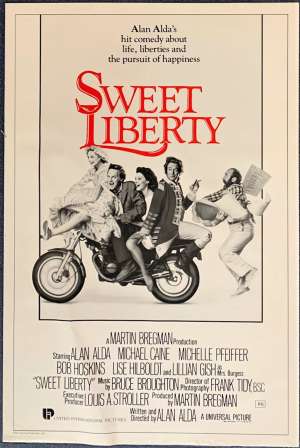 One Sheet Poster. Sweet Liberty is a 1986 American comedy film written, directed and starring Alan Alda. Also starring, were Michael Caine, Michelle Pfeiffer, Bob Hoskins, Lois Chiles, Lise Hilboldt, Lillian Gish, and Larry Shue.The story was partly inspired by Alda's experiences while caring for his parents who had both been ill and were in two different hospitals. During a visit to see his dying father, a nurse approached him with a head shot and résumé. In an interview prior to the film's UK release he said, "It was the worst year of my life and I thought this is so miserable there must be a funny movie in it!". It was Gish's penultimate film role; her first appearance on screen came in 1912. Critical praise was awarded to Michael Caine and Michelle Pfeiffer for their performances. 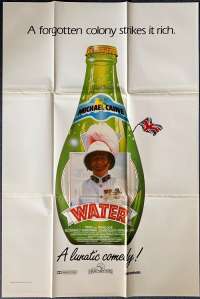 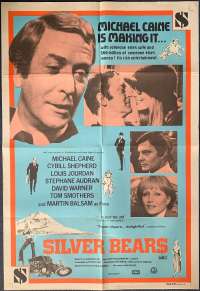