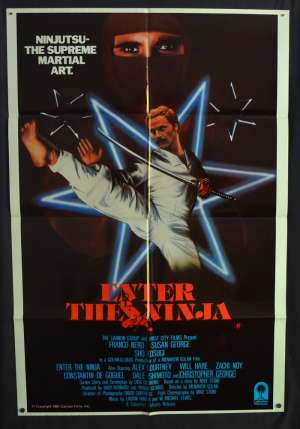 Original Australian one sheet movie poster.Enter the Ninja is a 1981 ninja action film directed by Menahem Golan and starring Franco Nero, Susan George, Christopher George, and Sho Kosugi. It is often credited with starting the "Ninja Movie" craze of the 1980's. It was the first in an unofficial trilogy, followed by Revenge of the Ninja and Ninja III: The Domination, though the three films share nothing in common beyond the theme of ninjas and featuring actor Sho Kosugi in a leading role. Chuck Norris turned down the lead because he did not want to appear facially covered in the film. Despite receiving countless of negative reviews these days, some critics have managed to appreciate the film and the film has garnered a "cult following". 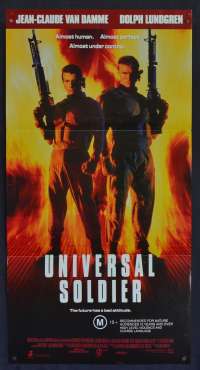