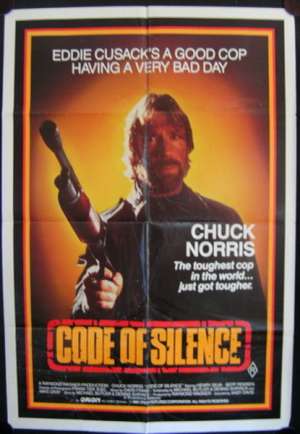 Code Of Silence is a 1985 American action film directed by Andrew Davis, and starring Chuck Norris, Henry Silva, Dennis Farina and Molly Hagan. It was an atypical film for Norris, whose previous ones had been known more for his martial-arts skill. It's considered by fans and critics as Chuck Norris's best film to that date.