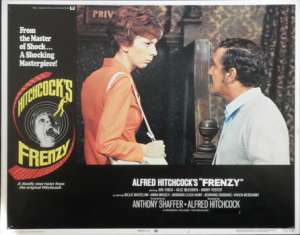 Frenzy is a 1972 British thriller film directed by Alfred Hitchcock. It is the penultimate feature film of his extensive career. The screenplay by Anthony Shaffer was based on the novel Goodbye Piccadilly, Farewell Leicester Square by Arthur La Bern. The film stars Jon Finch, Alec McCowen, and Barry Foster. The original music score was composed by Ron Goodwin. The plot centres on a serial killer in contemporary London and the ex-RAF serviceman he implicates. In a very early scene there is dialogue that mentions two actual London serial murder cases: the Christie murders in the early 1950s, and the Jack the Ripper murders in 1888. Barry Foster has said that, in order to prepare for his role, he was asked by Hitchcock to study two books about Neville Heath, an English serial killer who would often pass himself off as an officer in the RAF. Michael Caine was originally approached to play Foster’s role but he turned it down. Frenzy was the third and final film that Hitchcock made in Britain after he moved to Hollywood in 1939. The other two were Under Capricorn in 1949 and Stage Fright in 1950 (although there were some interior and exterior scenes filmed in London for the 1956 remake of The Man Who Knew Too Much). The last film he had made in Britain before his move to America was Jamaica Inn (1939). The film was screened at the 1972 Cannes Film Festival. Critics consider Frenzy the last great Hitchcock film and a return to form after his two previous works, Topaz and Torn Curtain. It was nominated for four Golden Globe awards. 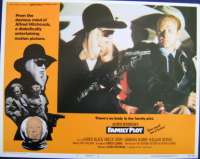 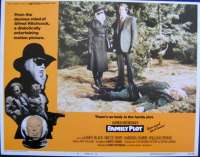 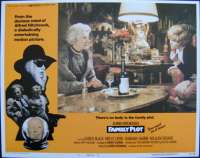 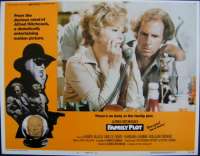 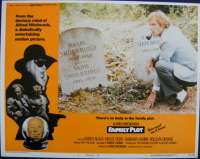 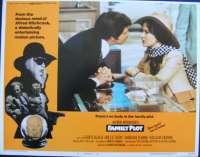 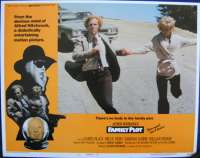 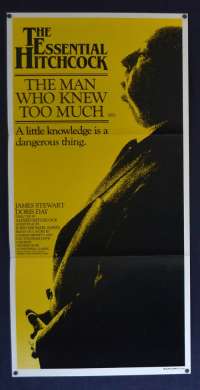