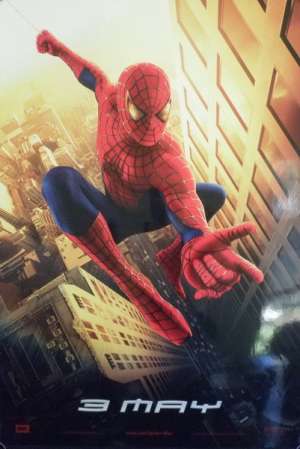 Spider-Man is a 2002 American superhero film directed by Sam Raimi. Based on the Marvel Comics character of the same name, the film stars Tobey Maguire as Peter Parker,Willem Dafoe as Norman Osborn (a.k.a. the Green Goblin), Kirsten Dunst as Peter's love interest Mary Jane Watson, and James Franco as Harry Osborn. It was Nominated at the 75th Academy Awards ceremony for Best Visual Effects and Best Sound Mixing. Due to the success of the film, Columbia Pictures and Marvel created two sequels, Spider-Man 2 & 3. A third sequel entered development in 2008 and was planned for a May 6, 2011 release date, but a disagreement between Raimi and Sony resulted in Raimi leaving the project and Sony cancelling Spider-Man 4.