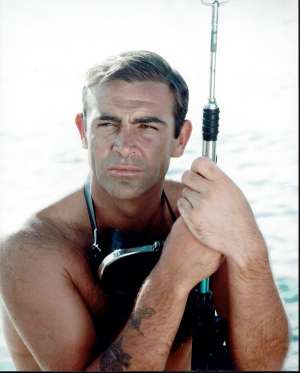 Thunderball (1965) is the fourth spy film in the James Bond series starring Sean Connery as the fictional MI6 agent James Bond. It is an adaptation of the novel of the same name by Ian Fleming, which in turn was based on an original screenplay by Jack Whittingham. Directed by Terence Young, the film had a complex production, with four different units and about a quarter of the film consisting of underwater scenes. Thunderball was the first Bond film to have run for over two hours but was a success, earning a total of $141.2 million worldwide, exceeding the earnings of the three previous Bond films. In 1966, John Stears won the Academy Award for Best Visual Effects.