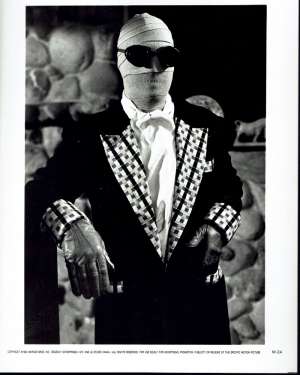 Original Studio Movie Still 8"x10".Memoirs of an Invisible Man is a 1992 film directed by John Carpenter and released by Warner Bros.with many scenes taking place in and around San Francisco. The film is loosely based on Memoirs of an Invisible Man, a 1987 novel by H.F. Saint. The director deviated from his usual practice of titling the film as "John Carpenter's" because he knew that Warner Brothers would not allow him full artistic control, saying that the studio "is in the business of making audience-friendly, non-challenging movies." The film starred Chevy Chase, Daryl Hannah, Sam Neill, Michael McKean and Stephen Tobolowsky.