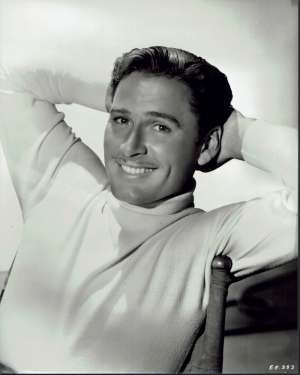 Errol Leslie Thomson Flynn (20 June 1909 – 14 October 1959) was an Australian born actor who achieved fame in Hollywood after 1935. He was known for his romantic swashbuckler roles in Hollywood films. Flynn was born in a suburb of Hobart, Tasmania, where his father, Theodore Thomson Flynn, was a lecturer (1909) and later professor (1911) of biology at the University of Tasmania. After early schooling in Hobart, from 1923 to 1925 Flynn was educated at the South West London College, a private boarding school in Barnes, London, and in 1926 returned to Australia to attend Sydney Church of England Grammar School (Shore School) where he was the classmate of a future Australian prime minister, John Gorton. In early 1933, Flynn appeared as an amateur actor in the Australian film In the Wake of the Bounty, in the lead role of Fletcher Christian. This was the beginning of his career in films.