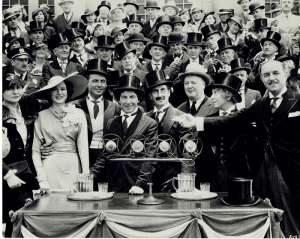 Reprint 1972 Movie Still 8"x10" A Night at the Opera is a 1935 American comedy film starring the Marx Brothers, and featuring Kitty Carlisle, Allan Jones, Margaret Dumont, Sig Ruman, and Walter Woolf King. It was the first film the Marx Brothers made for Metro-Goldwyn-Mayer after their departure from Paramount Pictures, and the first after Zeppo left the act. It was a smash hit at the box office upon its release.