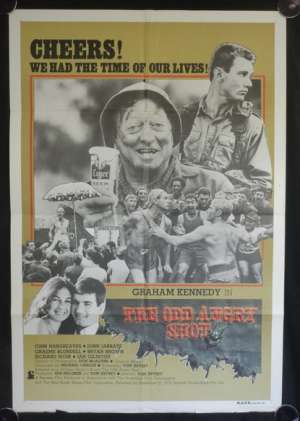 The Odd Angry Shot is a 1979 war film following the experiences of Australian soldiers during the Vietnam War. The movie, which was shot on location in New South Wales and Queensland, traces the tour of duty of an Australian Special Air Service Regiment reconnaissance team from their departure to their return home to Australia. It avoids much of the political comment on Australia’s involvement in Vietnam; unlike Hollywood films which tend to explore the rights and wrongs of the Vietnamese conflict.Directed by Tom Jeffrey and starring Graham Kennedy, John Hargreaves, John Jarratt, Bryan Brown, Graeme Blundell,Graham Sproule and Richard Moir.