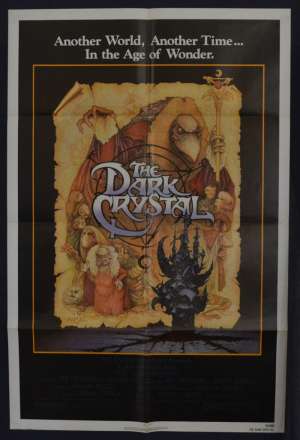 The Dark Crystal is a 1982 American–British fantasy adventure film directed by Jim Henson and Frank Oz and stars the voices of Stephen Garlick, Lisa Maxwell, Billie Whitelaw, Percy Edwards, and Barry Dennen. The plot revolves around Jen, an elf-like 'Gelfling' on a quest to restore balance to his alien world by returning a lost shard to a powerful but broken gem. Although marketed as a family film, it was notably darker than the creators' previous material, and incorporated several nods to the new age movement. The animatronics used in the film were considered ground breaking. The primary concept artist was the fantasy illustrator Brian Froud who collaborated with Henson and Oz for their next project, the 1986 film Labyrinth. The screenplay was written by David Odell, who had previously worked with Henson as a staff writer on The Muppet Show. The film earned positive reviews from multiple critics commenting on its special effects and now enjoys a cult following.