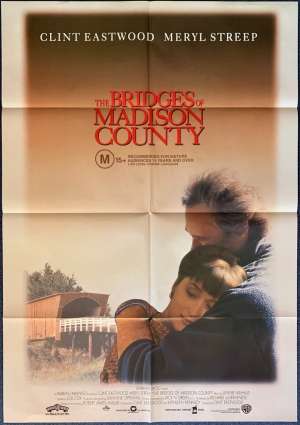 The Bridges Of Madison County Poster Original One Sheet 1995