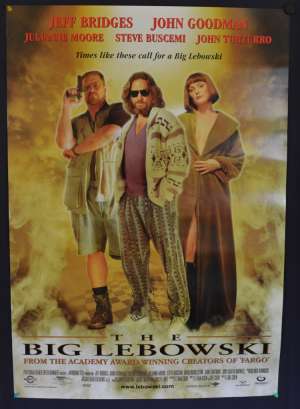 The Big Lebowski 1998 was written, produced, and directed by Joel and Ethan Coen. It stars Jeff Bridges as Jeffrey "The Dude" Lebowski, a Los Angeles slacker and avid bowler. John  Julianne Moore and Steve Buscemi also star, with David Huddleston, John Turturro, Philip Seymour Hoffman, Sam Elliott and Tara Reid appearing in supporting roles.Since its original release, The Big Lebowski has become a cult classic.Ardent fans of the film call themselves "achievers".Steve Palopoli wrote about the film's emerging cult status in July 2002.He first realized that the film had a cult following when he attended a midnight screening in 2000 at the New Beverly Cinema in Los Angeles and witnessed people quoting dialogue from the film to each other.