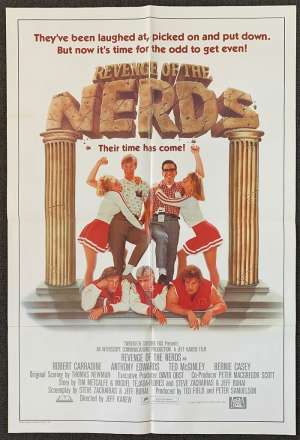 Original Australian One Sheet Poster Revenge Of The Nerds