Prisoner Of The Skull 1973 One Sheet movie poster AKA Who? Robo Man Elliott Gould 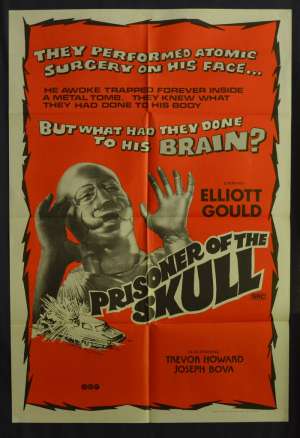 Very Rare Original Australian One Sheet Poster. Prisoner Of The Skull is a 1973 film also known as Who? or (The Man in the Steel Mask or Roboman in some video releases), directed by Jack Gold, starring Elliott Gould as Sean Rogers, Trevor Howard as Colonel Azarin and Joseph Bova as Lucas Martino. The storyline of the film is as such. After an American scientist is severely injured and scarred in a car crash along the border with East Germany, he is captured by East German military. The scientists use metal implants to save him. Once he's back in the States, no one can tell if it's really him, so an intelligence specialist must determine who or what is under the "mask". This movie now enjoys a cult following.