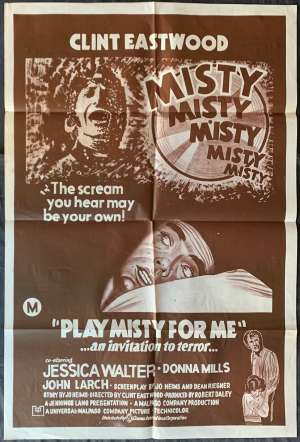 One Sheet Poster Rare Re-Issue.Note the rating symbol appears on the far left of the poster as opposed to the far right which is where it is located on the other re-issue.Also note the missing double border and darker art. Once again you more commonly see the USA one sheets.