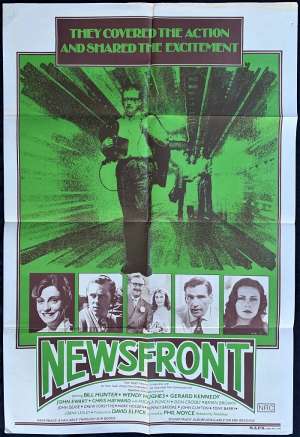 One Sheet Poster.Newsfront directed by Phillip Noyce and starring Bill Hunter, Wendy Hughes, Chris Haywood , Bruce Spence and Bryan Brown is considered to be one of the best Australian films ever released in the 1970's. The screenplay was written by David Elfick, Bob Ellis, Philippe Mora, and Phillip Noyce. The original music score was composed by William Motzing. The film won 8 AFI awards and was screened at the Cannes film festival.