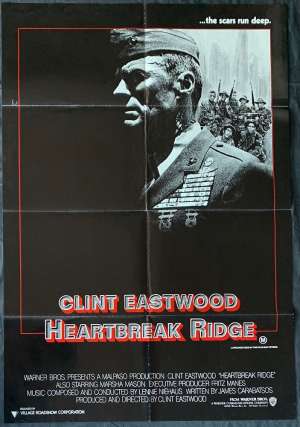 One Sheet Poster.Heartbreak Ridge is a war film directed and produced by Clint Eastwood, who also starred in the film. The film also co-stars Mario Van Peebles, Marsha Mason, and Everett McGill. The film was released in the United States on December 5, 1986. The title comes from the Battle of Heartbreak Ridge in the Korean War. The character played by Eastwood received the Medal of Honor for his actions in the U.S. Army there, even though he is now a U.S. Marine.