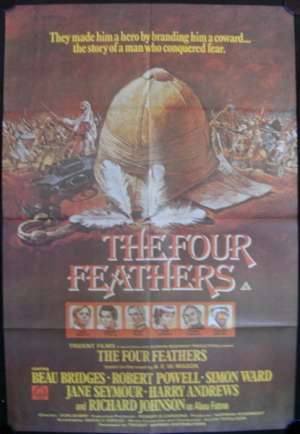 Exciting young stars Heath Ledger (A Knight's Tale, The Patriot, 10 Things I Hate About You), Kate Hudson (Almost Famous, About Adam) and Wes Bentley (American Beauty) shine in this thrilling , epic saga of heroism, loyalty and romantic rivalry! When a British officer (Ledger) resigns his commission on the eve of a battle against Sudanese rebels, he is presumed a coward and is given four symbolic white feathers by his friends and fiancee (Hudson). As an act of redemption, he exposes himself to extreme hardship and incredible odds while disguised as a Sudanese in a bold attempt to aid his besieged comrades! Based on the novel by A.E.W. Mason, this stirring adventure will sweep you from within the grand walls of English aristocracy to the austere beauty of the Moroccan desert as it vividly illustrates man's indomitable spirit!