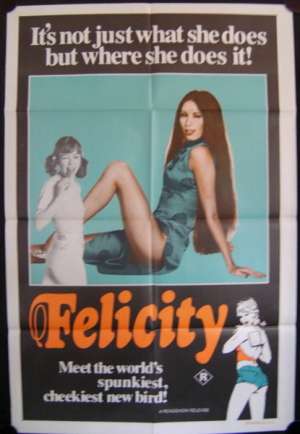 Rare country of origin One Sheet Poster.Felicity is a 1978 Australian romantic drama and sexploitation or Ozploitation film starring Canadian actress Glory Annen. It was written and directed by John D. Lamond. Lamond wanted to make a film in the vein of those directed by Just Jaeckin such as Emmanuelle. Felicity grossed $532,000 at the box office in Australia,which is equivalent to $2,080,120 in 2009 dollars. According to Lamond it also sold widely around the world.