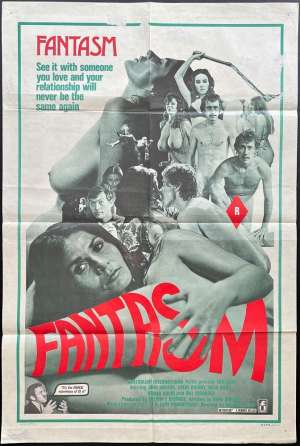 Fantasm is a 1976 softcore pornographic film, directed by Richard Franklin under a pseudonym. It was followed by a sequel, Fantasm Comes Again, the following year, directed by a pseudonymous Colin Eggleston. Although the movie was entirely soft core, around 45 seconds were cut out by the Australian censor prior to release. It was originally banned completely in the UK by the BBFC and is still only available with heavy cuts.The film was extremely popular at the box office and by 1979 had taken approximately $650,000 in Australia, despite being banned in Queensland. It led to a sequel Fantasm Comes Again (1977).