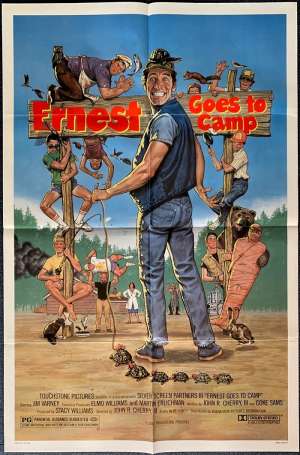 One Sheet Poster.Ernest Goes to Camp is a 1987 American comedy film directed by John R. Cherry III and starring Jim Varney. It is the second film to feature the character of Ernest P. Worrell and was shot at Montgomery Bell State Park. It was also the first Ernest film to be distributed by Touchstone Pictures. This film also marks Iron Eyes Cody's final appearance on screen. The film was a critical and commercial success.