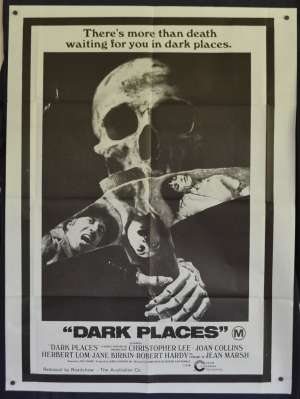 Dark Places is a 1973 British horror film directed by Don Sharp and starring Robert Hardy, Christopher Lee, Joan Collins and Herbert Lom. The story line is as follows: A scheming couple plot to conceal a hidden cache of stolen money from its rightful owner. The only problem is that the house they plan to hide it in is haunted. The film now enjoys a cult following amongst the Horror genre fans.