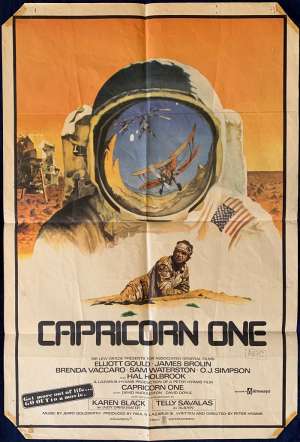 Australian One Sheet Poster with the most sort after artwork.Capricorn One was written and directed by Peter Hyams and was produced by Lew Grade's ITC Entertainment. It starred Elliott Gould, James Brolin, Sam Waterston and O. J. Simpson (in one of his better acting roles). In parts the film is a little dated but the suspense is still present and the theory of a fake mars landing lends itself to day in terms of the moon.