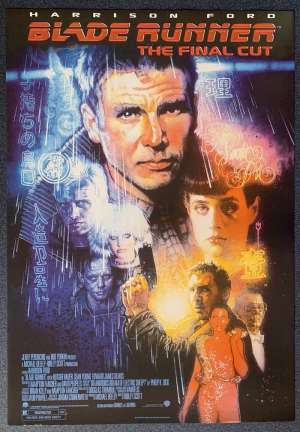 Reprint Poster.Blade Runner The Final Cut 2007 is the only version over which Ridley Scott had complete artistic control, as the Director's Cut production did not place Scott directly in charge. The Final Cut ran for 117 minutes and is also known as the 25th-Anniversary Edition. It was briefly released by Warner Bros. theatrically on October 5, 2007 and subsequently released on various forms of Home Media. The Final Cut contains the original full-length version of the unicorn dream, which had never been in any version, and was restored. Additionally, all of the additional violence and alternative edits from the international cut was inserted.