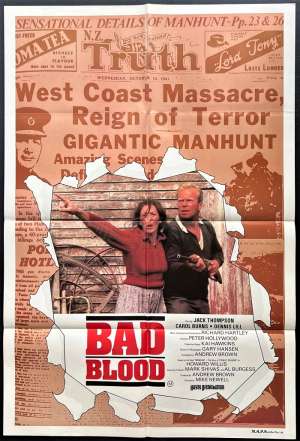 Backward farmer Stan Graham (Jack Thompson) refuses to hand in his prized .303 rifle for the war effort. Tensions escalate into a bloodbath as Stan shoots three policemen dead then flees into the bush. Based on the true story of a massive 12 day manhunt on the West Coast of New Zealand's South Island, Bad Blood is an unrelenting, tense thriller acknowledged by Jack Thompson to be one of his finest films.