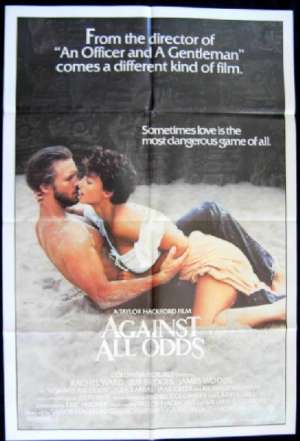 Original Australian One Sheet Movie Poster Against All Odds