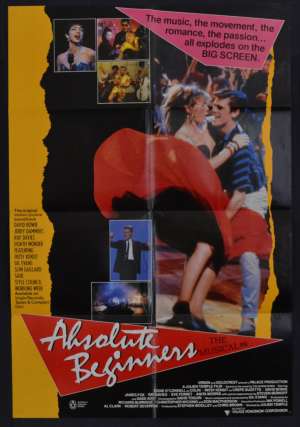 Absolute Beginners is a 1986 British rock musical film adapted from Colin MacInnes' book of the same name about life in late 1950s London. The film was directed by Julien Temple, featured David Bowie, Sade and Patsy Kensit in one of her first mainstream roles. The film was screened out of competition at the 1986 Cannes Film Festival. Upon release, Absolute Beginners received immense coverage in the British media and David Bowie's theme song became very popular in the UK and reached number two in the charts.