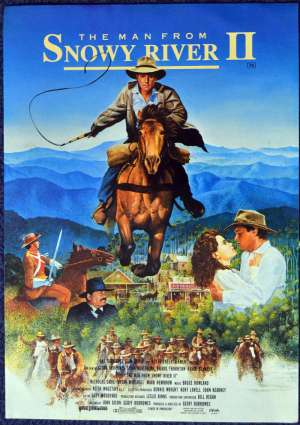 Rare Country Of Origin Cinema 2 page Flyer. The Man from Snowy River II is a 1988 Australian drama film, the sequel to the 1982 film The Man from Snowy River. It was released in the United States as Return to Snowy River, and in the United Kingdom as The Untamed.Reprising their roles from the first film were Tom Burlinson (as "Jim Craig") and Sigrid Thornton (as "Jessica Harrison") - while Brian Dennehy appeared as "Harrison", instead of Kirk Douglas.