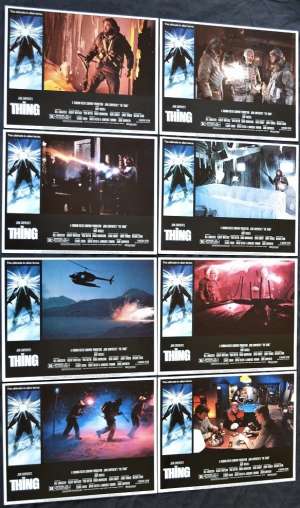 The Thing (also known as John Carpenter's The Thing) is a 1982 American science fiction horror film directed by John Carpenter, written by Bill Lancaster, and starring Kurt Russell. The Thing received nominations from the Academy of Science Fiction, Fantasy and Horror Films for Best Horror Film and Best Special Effects, but lost to Poltergeist and E.T. the Extra-Terrestrial, respectively. The Thing is annually viewed by members of the winter crew at the Amundsen–Scott South Pole Station during the first evening of winter.