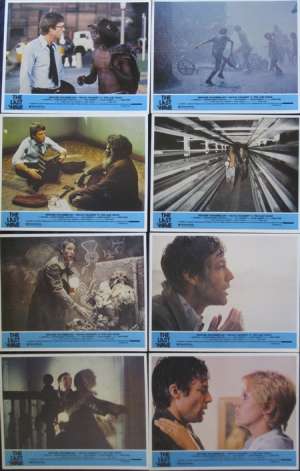 A powerful, intense film with surrealistic qualities. Peter Weir's The Last Wave (also released as "Black Rain"), the cult classic 1977 Peter Weir Australian mystical mystery crime fantasy thriller ("Hasn't the weather been strange... Could it be a warning?"); ("The dream that became a nightmare. His was a premonition of doom..."); ("by the time you know it's coming... it's too late!");.From the makers of 'Picnic at Hanging Rock' comes another terrifying and disturbing story.Starring Richard Chamberlain, Olivia Hamnett, David Gulpilil, Nandjiwarra Amagula, and Frederick Parslow.