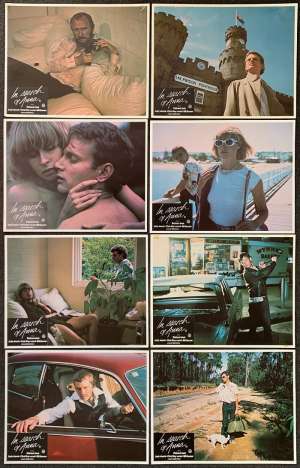 Rare Australian Lobby Card Set.In Search of Anna 1979 by Esben Storm was originally envisioned as a TV series but then became a feature. The film starred Richard Moir, Judy Moirs, Bill Hunter and Chris Haywood.The budget was meant to be $231,000 but went more than $100,000 over. $50,000 was provided by the Victorian Film Corporation. Shooting began on 28 February 1977. The film performed well at the Australian box office, running for six weeks and was also nominated for six AFI Awards.