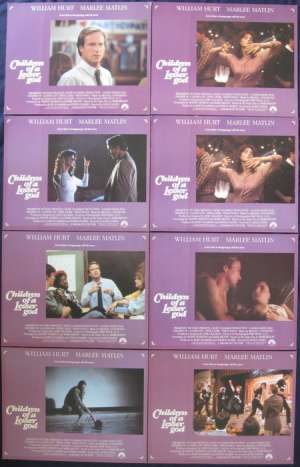 Lobby Card Set 11"x14". Children of a Lesser God is a 1986 American romantic drama film directed by Randa Haines and written by Hesper Anderson and Mark Medoff. An adaptation of Medoff's Tony Award–winning stage play of the same name, the film stars Marlee Matlin (in an Oscar-winning performance) and William Hurt. Marking the film debut for deaf actress Matlin, Children of a Lesser God is notable for being the first since the 1926 silent film ‘You'd Be Surprised’ to feature a deaf actor in a major role.