Made In America Daybill Movie poster 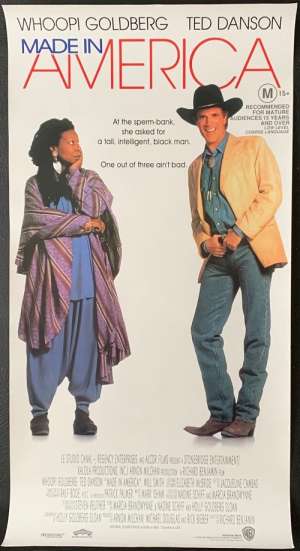 Rare Rolled Daybill Poster. Made in America is a 1993 American comedy film starring Whoopi Goldberg and Ted Danson, and featuring Nia Long, Jennifer Tilly and Will Smith. The story did not originally specify black actors for any of the roles and was rewritten upon Goldberg's casting. This was television star and Grammy Award-winning rapper Will Smith's second supporting role in a movie and started his successful career as a major film actor. The film was directed by Richard Benjamin. It was shot in various locations in Oakland, California and at Oakland Technical High School. Film critic Roger Ebert praised Goldberg's acting in the film and commercially the film earned over 100 million worldwide."Colors of Love," written by Carole Bayer Sager, James Ingram and Bruce Roberts, and produced by David Foster is a notable song on the soundtrack which alludes to the story line. 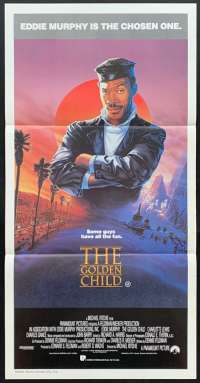