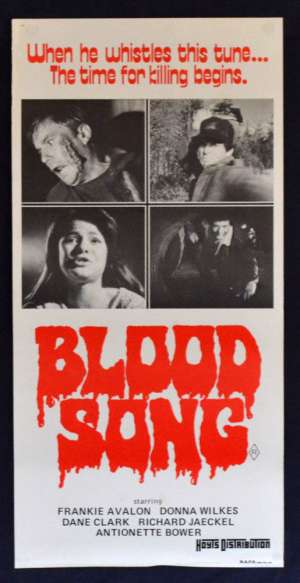 Blood Song (also known as Dream Slayer) is a 1982 American independent slasher film directed by Robert Angus and Alan J. Levi, produced by Frank Avianca and Lenny Montana, and starring Frankie Avalon and Donna Wilkes. It follows a crippled young woman in a coastal Oregon town who is stalked by a hatchet-wielding psychopath from whom she once received a blood transfusion.The film was shot in Coos Bay and Coquille, Oregon and released theatrically in October 1982. While not prosecuted for obscenity, the film was seized and confiscated in the UK under Section 3 of the Obscene Publications Act 1959 during the "video nasty" panic. The film was given a limited release theatrically in the United States.