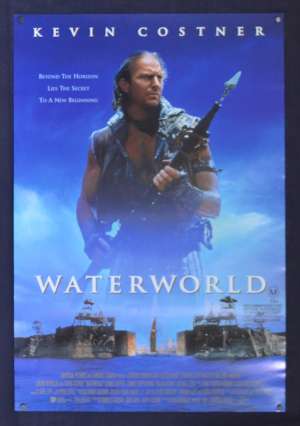 Waterworld is a 1995 American post-apocalyptic science fiction action film directed by Kevin Reynolds and co-written by Peter Rader and David Twohy. It was based on Rader's original 1986 screenplay and stars Kevin Costner, who also produced it with Charles Gordon and John Davis. The film marked the fourth collaboration between Costner and Reynolds, who had previously worked together on Fandango (1985), Robin Hood: Prince of Thieves (1991), and Rapa Nui (1994), the latter of which Costner co-produced but did not star in. The most expensive film ever made at the time, Waterworld was released with reviews praising the futuristic setting and premise. At one point, Costner nearly died when he got caught in a squall while tied to the mast of his trimaran. The film was nominated for an Academy Award in the category Best Sound at the 68th Academy Awards. It was also nominated for two Saturn Awards for Best Science Fiction Picture and Best Costume.