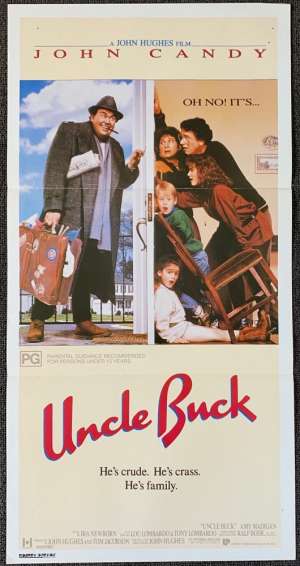 Rare Daybill Poster. Uncle Buck is a 1989 American comedy film written and directed by John Hughes. Starring John Candy and Amy Madigan, the film tells the story of a bachelor and all-around-slob who babysits his brother's rebellious teenage daughter and her younger brother and sister. Uncle Buck was released in theatres on August 16, 1989, by Universal Pictures and grossed $79.2 million against a $15 million budget.