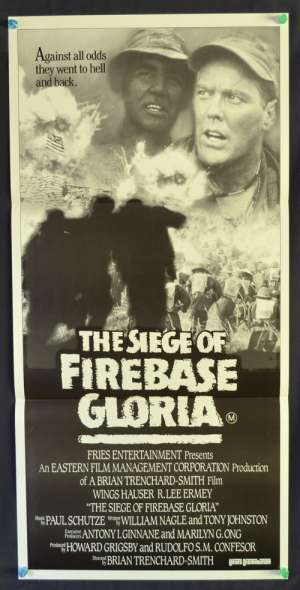 Original Australian Daybill movie poster. At the start of the Tet Offensive a Marine unit on patrol stops at Firebase Gloria. When the base comes under attack the patrol remains to help aid in its defense. The Soldiers and Marines come under numerous attacks by the VC (Viet Cong), but in the end hold the base with assistance from the First Cavalry Division. While the Marines try and defend the base, the Viet Cong commander discovers that he is in a similar position: it was never his mission to win the battle, but to lead his men to their deaths in order to allow the North Vietnamese Army to take a more substantial role in the war. The Marines are subsequently forced to abandon the base having lost too many men in the process of defending it.