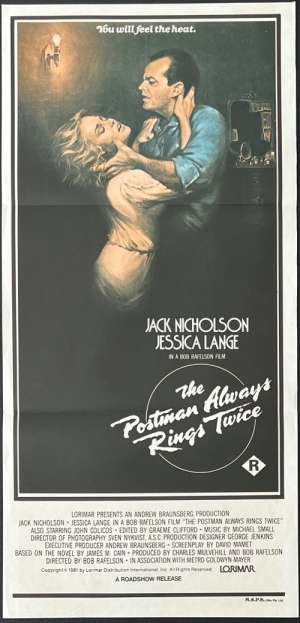 Daybill Poster art by Rudy Obrero. The Postman Always Rings Twice is a 1981 American drama film directed by Bob Rafelson and written by David Mamet (in his screenwriting debut). Starring Jack Nicholson and Jessica Lange, it is the fourth adaptation of the 1934 novel by James M. Cain. The film was shot in Santa Barbara, California. Upon release, the film was not well received by some critics however it has since been received more favourably citing the "charged chemistry" between Nicholson and Lange.