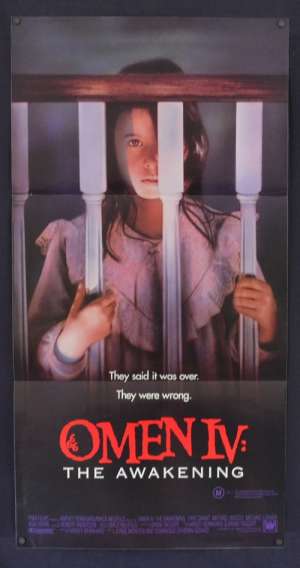 Daybill Poster.The Awakening is a 1991 American made-for-television horror film that serves as the fourth and final addition to the original The Omen series, directed by Jorge Montesi and Dominique Othenin-Girard. This was intended to be the first of many televisual sequels to Twentieth Century Fox's film history of popular titles. Producer Harvey Bernhard, who produced the last three films, felt there could be more done to the series. This was the last film he has produced to date. He previously wrote the story for the second film but this is the only film that he co-wrote.