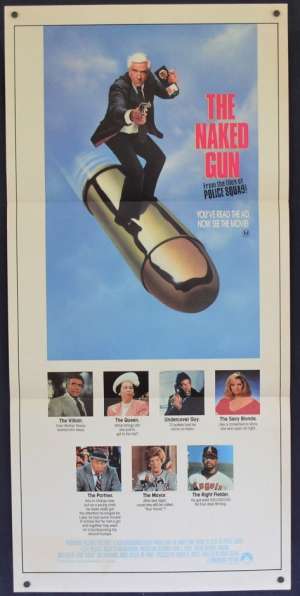 The Naked Gun: From the Files of Police Squad! (also known as simply The Naked Gun) is a 1988 American comedy film. The film stars Leslie Nielsen as the bumbling police lieutenant Frank Drebin. The film also stars Priscilla Presley, Ricardo Montalbán, George Kennedy, and O. J. Simpson. The film is based on the character portrayed by Nielsen in the television series Police Squad. Released on December 2, 1988, the film was a critical and commercial success, which led to two sequels: The Naked Gun 2½: The Smell of Fear (1991) and Naked Gun 33⅓: The Final Insult (1994).